The word carbine comes from the French “carabin” which was what light cavalry soldiers were called.

Originally, carbines were used by soldiers on horseback.

If we compare it with a traditional or common rifle, the carbine from its origin was more comfortable and practical due to its light weight, although its power was lower.

Even though horseback soldiers eventually disappeared, the carbine continued to be used by soldiers.

In our days, both compressed air and fire are used for some types of hunting, as well as for rifle shooting as a sport, and it is one of the most used weapons for the latter, as much as shooting with a compressed air rifle. It is an Olympic sport.

In the airgun, the projectile is propelled by air pressure generated by a spring, gas, or internal piston of compressed air. This requires the use of a compressor.

Lacking a spring to fire the weapon, compressed air offers less vibration, which makes it more accurate. It is precisely this characteristic that differentiates the rifle from other types of weapons and that makes many choose it over the others, thus giving up power and gaining in precision.

Its caliber is usually 4.5 or 5.5 mm, with different finishes for different results. Let us remember that each rifle requires a specific type of ammunition to guarantee its effectiveness.
They are weapons widely used by users who tend to prefer them for their ergonomic and aerodynamic designs. They provide a lot of comfort in use and this is usually highly valued, especially for those who are not experts in shooting, this weapon is ideal for them.

The compressed air rifle is used regularly both in sports and in the world of hunting. Shooting sports is a sport that has gained prominence over the years. To do this, a firearm or compressed air is used.

Rifle shooting is regulated and there are different modalities depending on the distance and position: at 50 meters, there is shooting kneeling, prone (lying on the ground, where stability is gained) or standing. In the distance of 10 meters, the shot is only from the foot, with compressed air pistols and pellets.
This weapon can also be used for hunting shooting. Specifically, the compressed air rifle is used to hunt small animals such as hares or rabbits, since its lightness allows a more practical movement.

How to choose the best hunting binoculars?

$35.99
Added to wishlistRemoved from wishlist 0

Air Rifles, How to avoid recoil in the weapon 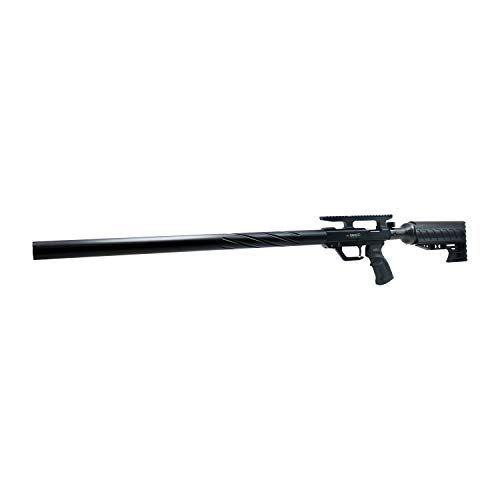