Gamo?is a Spanish air pellet manufacturer and one of the most popular manufacturers of air guns in the world. It’s really not difficult to see why. Sitting right on the lower edge of high end, these are usually pretty good guns to get your start in air rifles. They tend to be relatively inexpensive and fairly solid weapons that will last at least long enough for you to get good at the sport and want something better.

Gamo air rifle reviews very rarely discuss them falling apart or shaking themselves to pieces like so many other pellet guns tend to if you’re not careful. They manage to hold their own pretty well. Their position as a great entry-level weapon makes it difficult to review them as anything but that, but really they do have a lot to recommend them despite the occasional poor naming choice. Here are some of the best guns that Gamo produces.

This is probably the most accurate of the Gamo line. I’m not sure what it is about this particular model, especially since it has the same break barrel that throws off the alignment of so many other, similar guns.? But it really does manage to find and hold zero pretty easily.

The other thing that is particularly nice about the Gamo Fusion is that it comes with a whole lot of power, especially for a .177 caliber. You don’t expect the pellets are going to hit as hard as they do, yet they can plink through plywood at a fairly long distance. Combine that with some of the better factory scopes that are available in the market and you have an excellent gun.

About the biggest problem with this is the naming of it. Putting “whisper” in the title implies that it’s quiet, and in earlier models it actually was nearly silent. Not so with this one.? It is not only loud, but is actually louder than most other .177s.? It even gets well into the .22-level decibels.

This may be a tradeoff for the power, but why not just start a new line that focuses on being a really powerful .177 rather than continuing to pretend that the old selling point still applies? It’s a great gun, but don’t be fooled by the name.

The Gamo Big Cat is probably the best example of a starter rifle that I can think of. Everything about this particular weapon is easy to understand and it’s all very intuitive, though it does come with a manual that I highly recommend reading for the safety and cleaning information.

I wouldn’t say that this is a gun for somebody who plans on hunting regularly.? But if you’re looking for target practice or pest control, it’s an excellent way to go. More to the point, it has a couple of features that in any other context I would consider negative.? But as a starter gun they actually seem to work out really well for it.

In strength training the point is to lift more than you’re comfortable with in order for your body to acclimate to the new weight. In air rifles, a harder trigger and lots of recoil serve as a good way to “train” yourself to be able to better use other rifles when the time comes. And the Big Cat is both difficult to pull and does have quite a bit of recoil for a pellet gun. That being said, it’s nothing that can’t be overcome, makes very little difference if you’re target shooting from a bench rest, and will make your next gun that much easier to shoot.

This is not the gun you want to take with you for years on hunting trips and one day pass on to your children. This is the gun you want to pick up when you’ve decided that this is a hobby you want to get into and need something to help make you a better shot while you get used to it. It’s good to have around to shoot the occasional gopher as well, since it has the power for a quick, humane kill.

The 1250 is not the same as the one above. This is its smaller cousin, coming in a .177 version. To be honest, this may be the best of the bunch, especially if your objective is bird hunting. Keeping on the “starter gun” theme, this is more for people who are sitting on the fence about whether they want to get involved in pellet gun shooting.

The Big Cat 1250 has a much more forgiving trigger and recoil than the .22, so it makes it easier to actually get off a shot and have it hit the target properly. Speaking of hitting the target properly, it’s fairly easy to zero this gun in, and it can take less than 35 shots in order to get it shooting where you want it to go. Compared to the 100-500 that most air rifles require, this is actually pretty amazing. It almost wants its user to do well.

About the only drawback of this model is that the scope is not very good. Even if you’re only starting, you may get a bad idea of what a scope does or should do, so it’s best if you get a better one and don’t even bother with the factory model on this. Unlike the Whisper Fusion, it’s really not worth even mounting it.

Gamo rifles are not terrible rifles, but there are much better ones out there for serious enthusiasts.? Understanding that these are for small tasks and to start out a hobby in pellet gun shooting is vital to getting the most out of them. I would go with something else if you’re experienced, but if you want to know where to begin, take a look at any of the weapons in our Gamo air rifle reviews and find the one that’s best for you.

$149.99
Added to wishlistRemoved from wishlist 0

$139.99
Added to wishlistRemoved from wishlist 1 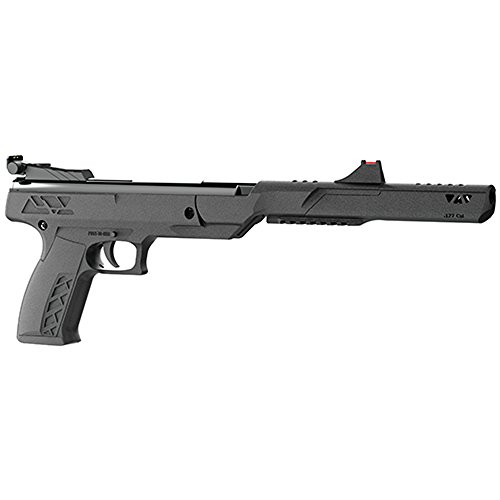