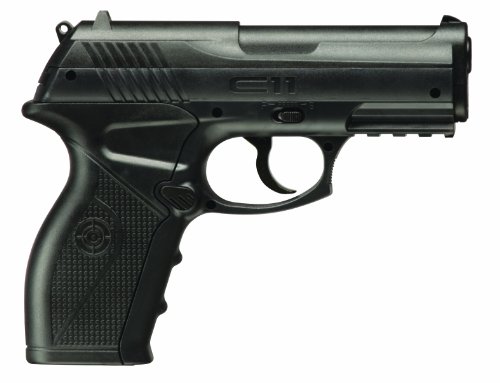 Compressed Air Guns, History and Uses. As we all know, an air gun or air gun is a gun that shoots projectiles pneumatically with compressed air and sometimes other special gases, which are mechanically pressurized inside the weapon but do not involve chemical reactions to exert the pressure to the bullet.

Unlike a traditional firearm, gases are pressurized mechanically or chemically, the latter through the oxidation of combustible propellants that generates propellant energy by breaking molecular bonds.

History of air pistols and rifles

The technology with which air pistols and rifles are built is not new, not even recent, it is around 500 years old. The oldest air pistol still in existence, a bellows air pistol dating from around 1580, is housed in the Livrustkammaren Museum in Stockholm, The Kunitomo air gun

The year of construction of this pistol is the time when all historians agree that it was the beginning of the air pistol as a modern shooting device.

Throughout the 17th to 19th centuries, .30 to .51 caliber air pistols were used to hunt large game deer and wild boar. These air rifles were charged using a pump to fill an air reservoir and gave speeds of 650 to 1,000 feet per second (200-300 m / s). They were also used in warfare, the most recognized example being the Girandoni air rifle.

At the time, they had compelling advantages over the primitive firearms of the time. For example, air pistols can discharge in wet and rainy weather (unlike matchlock and flintlock muskets), and discharge much faster than muzzleloader. In addition, they were quieter than a similar caliber firearm, had no flash and did not produce smoke. Thus, they did not reveal the position of the shooter or obscure the shooter’s view, unlike the black powder muskets of the 18th and 19th centuries.

The Austrian model from 1770 was called Windbüchse which means “wind rifle” in German.

This weapon was developed in 1768 or 1769 by Tyrol watchmaker, mechanic, and gunsmith Bartholomäus Girandoni (1744-1799) and is sometimes referred to as the Girandoni air rifle or Girandoni air pistol in literature (the name is also spelled “Girandony “,” Giradoni “or” Girardoni “.)

The Windbüchse was about 4 feet (1.2 m) long and weighed 10 pounds (4.5 kg), roughly the same size and mass as a conventional musket. The air reservoir was a removable butt shaped like a club.

The Windbüchse carried twenty-two .51-caliber (13mm) lead balls in a tubular magazine. A skilled marksman could fire a magazine in about thirty seconds. One shot from this air pistol could penetrate a one-inch-thick plank of wood at a hundred paces, an effect roughly equal to that of a modern 9x19mm or .45 ACP caliber pistol.

$167.99
Added to wishlistRemoved from wishlist 0

$13.52
Added to wishlistRemoved from wishlist 0

$241.19
Added to wishlistRemoved from wishlist 1