Types of Pellets according to the calibre

Today we are going to talk about the types of pellets according to the caliber for which they are manufactured, for this we have made an enumerated list from the most common or most used to the rarest and least used.

We have previously talked about this topic but only briefly, here we are going to expand it a little more in a series of several articles, which will allow us to know more about compressed air weapons available for the Small Game.

It is important to bear in mind that the pellet you use is highly decisive for the type of small game you are going to carry out, a very

A light one would not reach the larger prey because with a single shot it would not knock them down, a very heavy one could be too much for the small ones.

In addition, the range of each weapon is also implied by the type of pellet to be used.

As we have indicated previously, this is the only pellet used for official competitions. Due to its low weight, it reaches very high speeds, developing a very straight trajectory for the distance of the competitions, but when used for the small game it is important to note that due to low weight, you lose speed very fast.

This caliber is little used, but it can be found in the market, being somewhat heavier than .177, it does not reach such high speeds, so the trajectory shows a little more parabola, and from here the gauges tend to create parabolas due to their weight.

This caliber and the 4.5 mm one are the most used for both small game and sport shooting. Usually its weight is twice that of the same model at 4.5mm or .177. When we say the same model it is because there are different types of pellets for each caliber, and we will see that in another article about the classification of pellets according to their shape.

This caliber is one of the most used for the small game, because its weight makes it powerful and allows to knock down the chosen prey, since in the range that is used, he hardly loses speed and power until he hits the target.

One particularity is that the shape of the pellet does not cause much penetration into the target, so the kinetic impact on the prey is greater.

This caliber delivers greater power and speed loss in the range than the previous one, thanks to its weight, but the air rifle

The tablet you are going to use this caliber must have good compression and deliver high power when shot.
Having these characteristics, this caliber is widely used for hunting, as the effects on the piece to be shot are even greater than with the caliber .22.

Finally we have the pellets or steel balls, which have a diameter of 4.5mm, they are widely used in weapons for leisure or close range target practice, because they do not have good flying characteristics.

Additionally, the 6mm BB or airsoft ball is known, which are used in this sport, they are made of plastic.

The compressed air guns below are the ones we recommend according to the type of caliber. 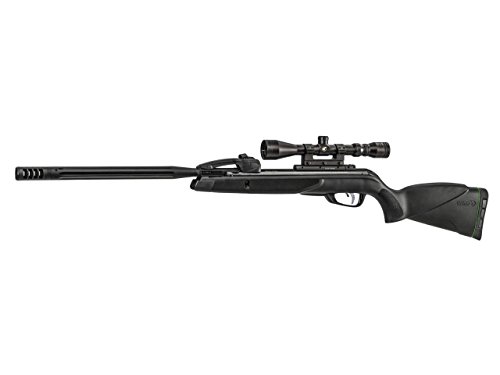 Types of calibers for airguns

THE BIGGER HUNTING IN NORTH AMERICA

$142.02
Added to wishlistRemoved from wishlist 0

$133.00
Added to wishlistRemoved from wishlist 0