What is a PCP Air Rifle?

Many people new to air rifles as a hobby have asked, “What is a PCP air rifle?” That’s an excellent question, and one worth asking. PCP stands for “Pre-Charged Pneumatics” which refers to the way that the rifle is ultimately powered. There are a number of ways to power an air rifle, and what a PCP gun will do is allow you to fill it up with compressed air in advance, then release that air in order to send the pellet through the barrel and to your target. There are several methods to charge your gun, which can actually get a little complicated.

The PCP rifle itself is relatively new compared to other types of pellet guns. Before they gained any sort of real popularity, PCP air rifles were made by only a few companies. There were a few from Beeman. BSA offered a couple. And RWS had two models available.? But ultimately you didn’t have a whole lot to choose from.

That being said, it also meant that charging your rifle was a lot easier since there was basically only a single way to do so and all of the available models used it. Things like high pressure compressors and hand pumps wouldn’t come about until much later.

In the past, PCP air rifles were charged with pressurized air tanks, mostly scuba tanks because they were available and easy to refill at dive shops when they ran out. They were heavy and unwieldy, but they worked well enough and could be easily adapted to the gun you were using. More to the point, they came in a number of calibers and some could even be used to hunt larger game. 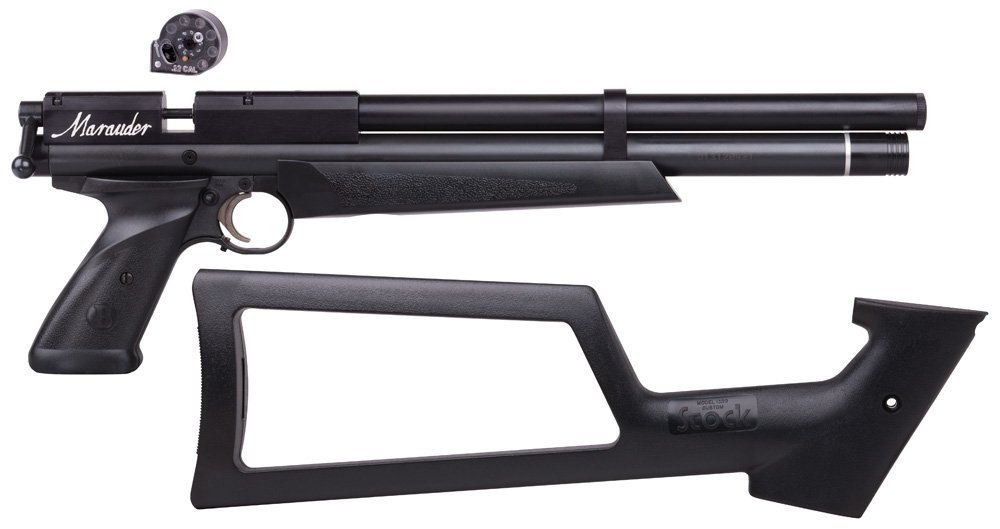 Nowadays, there are so many different options, and with them different charging systems. For example, the Beeman Benjamin Maurader is a hand pump system, whereas the Gamo Bone Collector Bull Whisper IGT Air Rifle is better suited to being charged by a scuba tank or a carbon fiber tank.

PCP air rifles are actually very simple mechanisms and very easy to use and operate as a result.

Every PCP rifle comes equipped with an air reservoir inside of it someplace, usually hidden in the stock someplace. Elsewhere on the gun there will be a port with a number of different types of openings that we’ll cover below. Before going out to shoot, the pellet gun hunter will attach a compressed air delivery system to the port and fill the reservoir with air until it is at about 2700 to 3000 psi (pounds per square inch). It’s important to note that this is compressed air, not CO2 which is an entirely different air gun power system.

That’s it. The gun is now primed to go. When the trigger is pulled, a single, powerful burst of compressed air is released from the reservoir into the barrel of the rifle, pushing the pellet in front of it. Fully charged, PCP air rifles have incredible accuracy. This tends to drop as the air in the reservoir starts to run out, and shots can be off their target by as much as a quarter of an inch, which usually indicates that it’s time to recharge.

As I’ve mentioned, there are a number of different ways that PCP air guns can be charged. Since there are now so many on the market, it’s easy to get confused. Here are several of the most common.

Fortunately, there are now a number of different adapter kits that can be used on various air rifles in order to be able to use any air delivery system on any charging port. Most of these kits can fit in a pocket and work with the majority of guns available on the market.

“What is a PCP air rifle?” It is a high powered weapon that is easy to use and will please any hunter or target shooter. 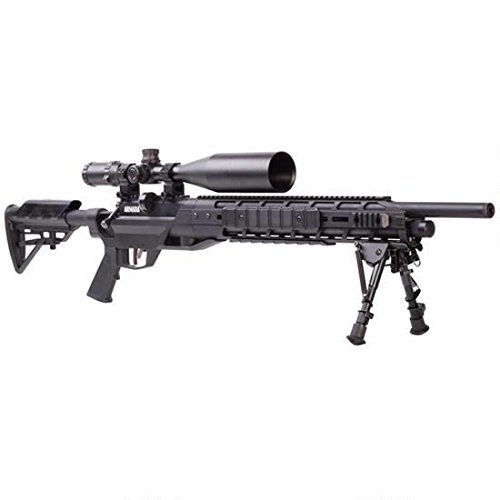