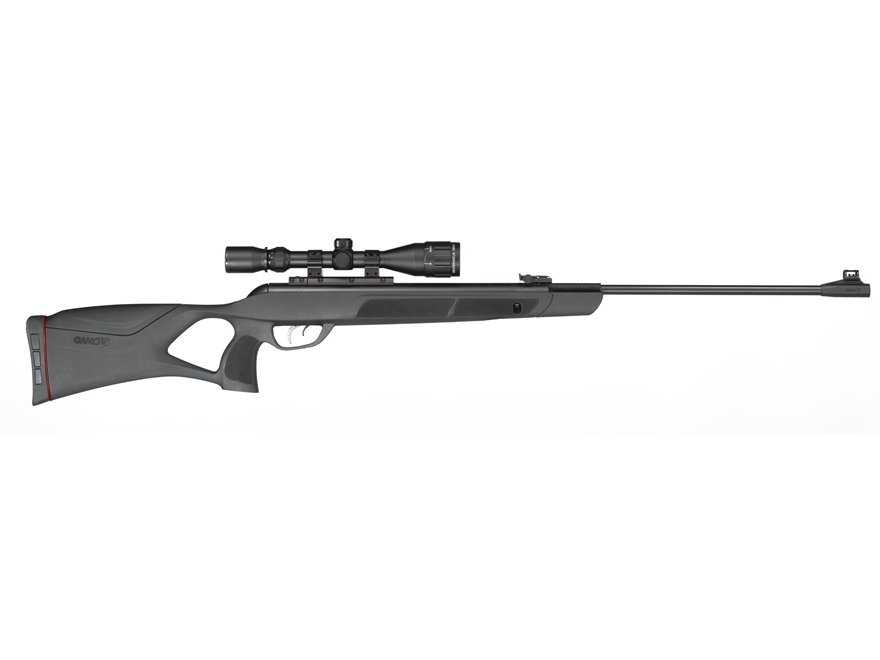 I?ve done a number of different types of air rifle here lately, so I thought it might be a good idea to take a moment and review something more in line with that I normally do. That?s why I decided to take on the Gamo Magnum air rifle.

Not entirely standard, I picked the Gamo Magnum to get some time with the IGT MACH 1 gas piston, which is supposed to be superior to a metal mainspring. That?s an extraordinary claim, so I?m going to take the time to gather some extraordinary evidence.

I decided that for this test, I would go with the .22 caliber since it fit better with the rest of my collection and the hunting I tend to do is better suited to the larger caliber.

This particular rifle clocks in at 1300 fps and delivers 26.6 foot pounds of energy from the muzzle, though the .177 can get as high as 1650 fps. It comes with a fiber optic front and rear sight, a two stage adjustable trigger, and gas-piston powerplant. This is a break barrel rifle that requires a whopping 40 pounds of cocking effort, making it not for the faint of heart.

A nice touch is that it also ships with a reasonable 3-9x scope with 40mm objective lens and a 1? tube. Probably wouldn?t be my go-to optics, but not a bad one to include with the rifle itself. The fiber optic sights are also pretty good.

The first time I cocked this thing I thought it had to be broken. Wasn?t until I looked it up that I realized how much strength goes into getting this rifle cocked. I don?t relish the idea of having to do that when I?m trying to shoot something out in the woods, but at least I don?t have to spend as much time working out.

I was a bit nervous that some of the selling points on this were a recoil reducing rail for your scope and a Shock Wave Absorber recoil pad that?s supposed to reduce recoil by 74%. I will say that it felt good against my shoulder before I fired a shot, so at least there?s that.

I started out on the range at 20 yards using some H&N Barracuda Match pellets. Very quickly I realized that I was too close and the Barracuda Matches were not heavy enough. The noise was incredible, and it took me a moment to realize that was because at only 10 grains, those pellets were nearing the sound barrier. I very quickly moved up to some 15.4 grain Gamo Red Fires.

The extra weight actually made the rifle fire a lot better. This is a gun that you actually have to fight with a little bit to earn its respect. If I were at a lower elevation, I might even try something in the 16 to 21 grain range.

I also took the time to back off to 30 yards and was soon glad I did when I realized that the Magnum was punching holes in the back of the metal pellet box I have behind my targets. This is an incredibly powerful weapon, make no mistake.

The IGT MACH 1 does seem to help a lot. It significantly reduced the vibration that I would have expected from such a powerful rifle. I took this hunting and walked about three or four miles with it cocked without any indication of spring fatigue. Even if there was, Gamo provides a five year warranty, and I always appreciate a company standing behind their product.

As far as the range goes, I was easily shooting 1? groupings from 30 years. This rifle is incredibly accurate which, on top of its power, makes for a great combination.

While this can be on the expensive side of things, I think that it?s well worth the investment on a Gamo Magnum. This amount of power in such a light package (about 6 and a half pounds) is surprising at first, but it?s a pleasant surprise.

If there?s a problem with this, it might be a little too powerful. You?ll have to spend some time finding a pellet that it won?t send flying off into the distance and that can change drastically with elevation.

That being said, if you?re looking for something that will serve you well while hunting or let you practice your long distance firing, the Gamo Magnum is absolutely the rifle for 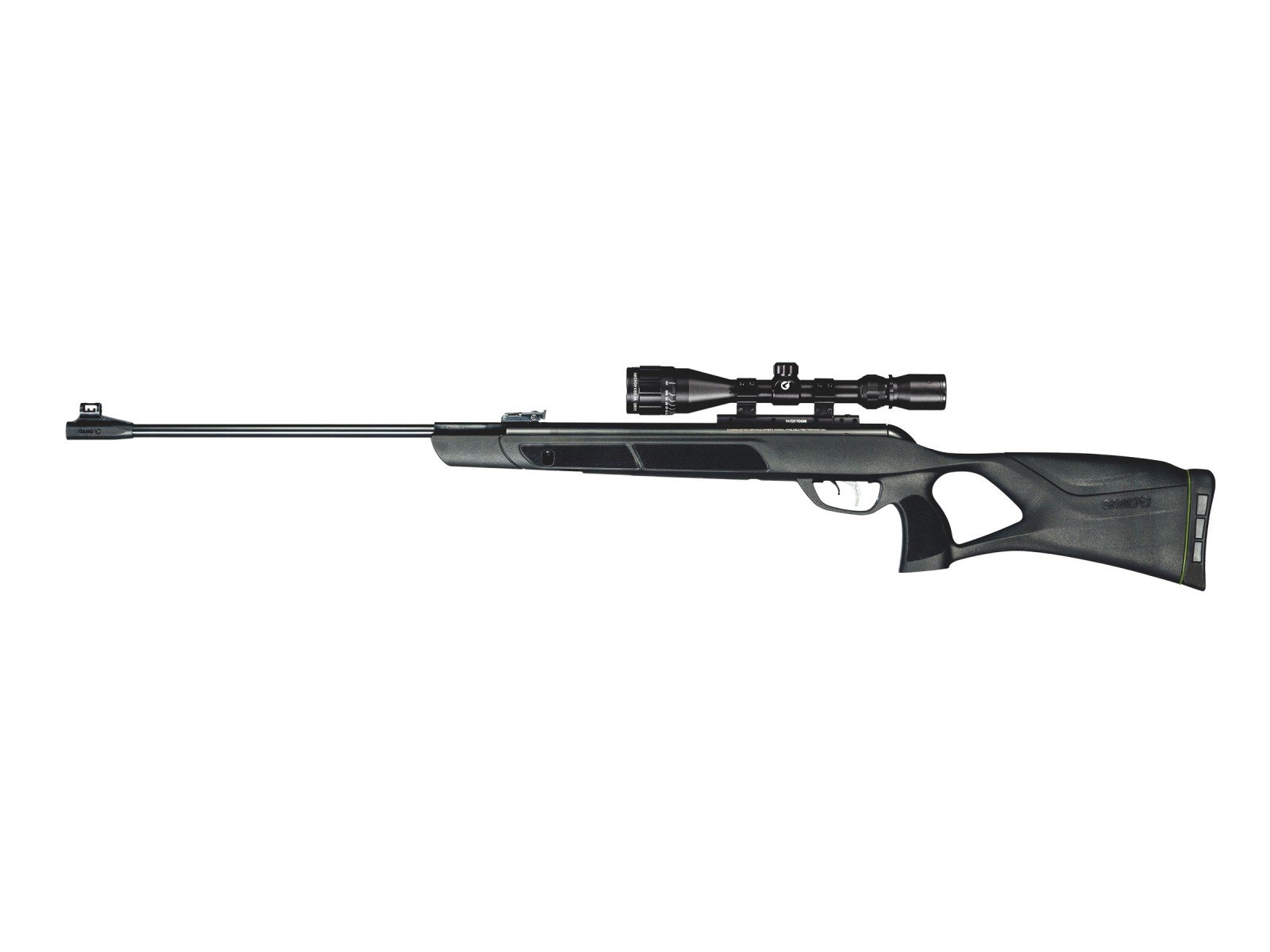 Close up of the Gamo Magnum

$165.33
Added to wishlistRemoved from wishlist 0

$12.98
Added to wishlistRemoved from wishlist 1

$138.85
Added to wishlistRemoved from wishlist 0